I saw this awhile back and I loved the concept these photographs. These were created by photographer Kelly Lewis and the model is actually her daughter, Alice Lewis. I think what I loved about these initially was the sophisticated simplicity of the photographs. I mean really, when we get down to it these are essentially a group of photos capturing a moment of dress up. Lewis is able to take this simple idea and make it into something bigger and highlight this typical childhood moment. Its also something very nostalgic for most people too.

Boy or girl, anyone can relate to this idea of dressing up as a kid and seemingly turning into another person. Whether it was transforming into a princess or a wronged prom queen bent on revenge (okay, maybe not so much the later). It also continues to amaze me at how parents and their kids are actually collaborating together to make such beautiful and interesting photography. Yes the parent is taking the picture, but ask any photographer and they will tell you that the model is equally (if not more) important to the piece. I also liked the positive attitude of these two on the fact that Alice is adopted and proud of it. I think it says a lot about this little girl’s character! Anyway I hope you guys enjoy this and there will be a link to the original article down below you can also see the other photos there too. Until next time!

These first two need little explanation, I love the history behind these two and often take inspiration from their stories! As some of you may know I did some Alice in Wonderland based invitations for a tea party to be held by the Queen of Hearts. I also love French art and architecture so I often think of Marie when I’m doing something with a fancier design.

Carrie is just a classic, I mean its so well known and a great Halloween movie. I love how her eyes just pop here, especially with the blood near them!

I came across some photos that I wanted to share with you guys that were taken at this year’s Carnival of Venice. I don’t know why but ever since I was little I loved these kinds of decorative masks. When I say little I mean like 5 or 6 years old, so yes, I was a strange child but maybe I just appreciated the fine arts at a young age. Anyway I have to do a derivative piece for my ceramics class and I’ve been kind of thinking of creating my own mask for that project, although I’m not completely decided yet. I actually had two or three small masks that I had in my room hanging on the wall in my room when I was little too. I have no idea where they are now, probably somewhere in the basement but that’s an adventure on its own. I thought I’d  share with you some of my favorites and I’ll have the link to all the photos down below! Until next time! 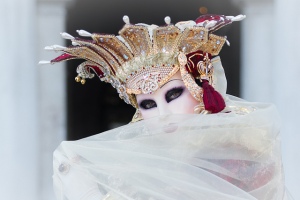 Something beautiful happens. Instantly both aspects become one powerful work of art, at least I’ve always felt that way. I have to admit this opinion could be a bit biased since I am Graphic Design and Writing major but I’d like to think that’s not the case. Poetry is one form of writing that I’ve always respected and enjoyed created myself. The video I found recently that merged art and poetry was like the holy grail for me, I absolutely loved it.

The video features a poem written and spoken by Shane Koyczan who is also known for his contribution to the 2010 Olympic Opening Ceremony in Vancouver. The video is part of the To This Day Project which was created to raise awareness about the long-term effects of bullying. The video focuses on Koyczan’s life and his experience with childhood bullying. His message is that the effects of bullying do not go away once a child grows up, it still effects them even when they are older. To say the least it was a really moving poem and I think that actually having the visuals just added so much to this piece.

I feel that if people are able to visually experience something rather than just reading about it or listening to someone talk about a subject it will have a greater chance of sticking with people. I think it’s easier for us to actually see the problem rather than hear about it. Then again I am more of a visual learner so once I again I might be biased on this.Another aspect I really liked was how several different animators and motion artists contributed to this project. According to the website, tothisdayproject.com/, each contributor got a 20 second sequence so there were good mixture of artists. I thought that it way a great way to see different interpretations of this piece! I thought this video was really cool and I wanted to share it with you guys! I will put a link to the article on this below and the link for the project site is above for you to click on! I hope you guys like it as much as I do and that you share it with others 🙂